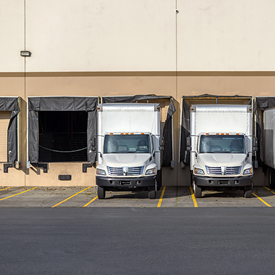 A new study from the American Transportation Research Institute (ATRI) has found that the frequency of driver detention has increased at customer facilities over a four-year period. Those delays have negative impacts on driver productivity, regulatory compliance and compensation, ATRI reported. The analysis is based on over 1,900 truck driver and motor carrier surveys conducted in 2014 and 2018.

Carriers and drivers noted that shippers/receivers may not care about hours-of-service constraints on the driver, likely do not understand the HOS regulations and are not held accountable for excessive delays, all of which further aggravate the issue of how detention impacts safety and productivity.

However, with the widespread use of electronic logging devices, carriers now have greater access to precise and measurable data that identify where drivers face delays. That information can help identify inefficiencies and drive conversations with shippers.

Thompson said Penske works with its customers to understand their current state and their goals. “Then we can find a product that grows with their fleet and doesn’t just solve for right now,” she explained.